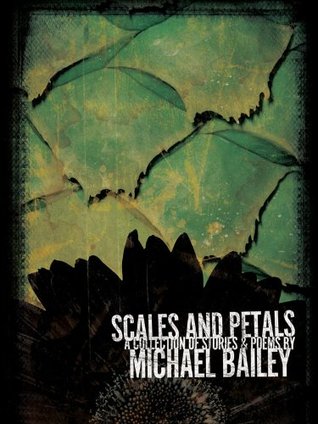 Synopsis
The sick imagination of nonlinear horror novelist Michael Bailey brings you thirteen dark poems and thirteen tales of the macabre that will make you think twice before turning your room dark for the night. A young woman chews her fingernails raw, unable to stop; a television set dangles from an apartment complex window; a large chest is found containing only a banded bouquet of wilted flowers; a stitched up bear named Thatch bleeds at the neck, his stuffing torn out; a man wakes up duct-taped to a mammoth wooden chair. Between writing the novels Palindrome Hannah and Phoenix Rose, Michael Bailey penned and published a number of short fiction and poetry pieces, some of which can be found in literary magazines and anthologies around the world. A few of these fallen dragon scales and flower petals, as he likes to call them, are reprinted here, while others are seeing print for the first time, hand selected and arranged by the author. Once you crack the spine, there’s no going back.

A real mixed bag. The poems didn’t do anything for me. I often felt a little underwhelmed with the short story endings. I took issue with how one story treats the reader like we are stupid. In the afterword I felt the author tries to use mental health illnesses as a way of presenting himself as a deep, emotionally misunderstood individual and I really don’t like that. I really don’t like it when mental health conditions are trivialised and used in a casual way to boost an ego. But still, some stories were enjoyable, one in particular is excellent.

Hmm, I’m really struggling to rate and review this. This is a collection of short horror stories and poems. Normally I would go through a short story collection and say a little on each one, but I don’t want to do that for this. Some of the pieces are really bloody excellent, but some are… not so good. I came across this when someone retweeted the author advertising that some of his books were up for free for a weekend. The synopsis piqued my interest as they appeared to be psychological horror. For me, the greatest horror is that which explores what happens when our own minds turn on us and puts us into a different reality than the people around us. And look, ‘tis October so I must be read horror stories now, right?! That’s how this works.

Let’s start with the poems. I don’t have a lot to say here. I find that I either connect greatly with poetry, or I’m just indifferent to it. Unfortunately, I am indifferent to the poems in this. None of them really did anything for me.

The same can be said for the short stories (bar one). Some of the stories really grabbed my interest at the start, but then fizzled out and I felt underwhelmed at the end. DEFENESTRATE, WILTED FLOWERS, UNSTITCHED LOVE and GOLDEN RULE are examples of this. I took particular issue with BRICK HOUSE, though, which really annoyed me because the author treats the reader like we are stupid. It’s my biggest irritation in storytelling. There is a cool twist towards the start of the story but the author decided to almost break the fourth wall to point out that we wouldn’t have seen the twist coming, and even states that we are inevitably flipping back pages to check if it was hinted at earlier. It just sucked all the fun out of the story and put me in a bad mood for the rest of the book. I think if the author had taken that bit out and not been so forward and almost braggy about the twist, I would have enjoyed it in a ‘hey, I see what you did there’ *wink, nod* sort of way and moved on, enjoying the story more. Instead, I just felt like the story became condescending.

The author follows the same pattern in their afterword. The afterword felt like a big self pat on the back. The author does this weird thing of spending the time analysing their own work and pointing out the things that we, the reader, should appreciate about his writing. He makes a point of letting us know that he is a one of a kind individual with sick and twisted voices in his head. And at one point pokes fun at how ‘[he] probably need[s] a therapist’. That sort of thing is harmful to the battle in having mental health recognised as serious medical conditions. I also just didn’t agree with a number of the statements made by the author. Such as he states, ‘I often leave things open-ended in my writing.’ This is true for maybe 2 of the stories in this book, but the rest have a pretty clear ending with little to no mystery of what is happening. I felt the author came across as a little too desperate to be seen as a dark and mysterious individual, writing intellectual, otherworldly stories.

With all that said though, as I stated above, some of these stories are really good. I really enjoyed Plasty, Empty Canvas, The Girl in the Red Flower Pattern Dress, and The Shower Curtain Man. These are good short stories with great pacing, characters, and narrative. Habit is an excellent story that I thoroughly enjoyed. It has a couple of really good twists that keeps the story interesting.

Overall, I enjoyed some of the stories, but as a collection, it didn’t really work for me. I found myself skimming over a few of the longer stories because they quickly lost their way. There is no connecting theme through the collection other than they are various degrees of horror stories. There is potential shown here and the author does demonstrate that he is capable of writing an engaging horror story. It’s unfortunate that the stories I didn’t enjoy outweighed those that I did.

Anyway, I’m off to paint my nails so I don’t bite them. Until next time, Peace and Love!