Yo nerds. Self promotion is such an awkward thing isn’t it?! It’s like, I say, ‘Yo, read my book it’s good innit m8’ and I just feel everyone rolling their eyes and saying, ’Yeah but is it tho?! You wrote it so, whatevs!’ and I cry. It’s fine, I’m fine, everything is fine.

Today’s post is a little bit different from my regular posts. It’s about mental health, but it’s also about books (well, a book). But I promise you, I’m not going to try and preach, and I’m not looking to shill to make some quick bucks, and I will try and keep this short(ish). I’m not going to make this kind of post a regular thing. I will be back to posting ridiculous answers to tags and chatting shit about the books I read very soon! Please don’t unfollow me, kthnxlvu. What are you doing? Stop moving towards the x that closes this tab. GIVE ME A CHANCE!

Thank you for giving me a chance. You da best. Today (10 Oct) is #WorldMentalHealthDay. Anybody who knows me knows I have major battles with poor mental health. My diagnosis is Complex PTSD with comorbid, treatment resistant, severe, long term depression and mild OCD. I am very open about my mental health illness and I try to educate where possible and encourage open conversations. Not as a poor, boo hoo, self pitying, look at how shit everything is for me, kind of way. But because I believe in order to change the current issue with mental health illness, the damaging austerity cuts and enormous lack of appropriate treatment available, we have to start by normalising the discussions. We have to stop thinking about mental health as a taboo subject and speak openly and honestly about it.

On days like this, and other similar mental health/suicide awareness days, I often see a number of statements thrown around that I believe do more harm than good. And that’s a difficult thing to speak about because the vast majority of people using these statements are doing so with the best of intentions. But despite the intent, I believe it is right to speak out when the true impact is harmful. It is not done with anger, malice, or as an attack on anyone. I am not one of those that believe we create unity and deal with social issues/inequality by just creating further division and fighting anger with anger – quite the opposite.

Some statements I have seen on social media today include:

I find it difficult to speak about what it is like in other countries than the UK, because I’m not there and simply don’t know enough. I’m an Englishman living in the north of England, and I have a lot of experience with how things are here. I’ve spoken a number of times about the culture of complacency that exists in the NHS as a whole. I have found that most senior staff in the NHS know things are shit, know they don’t have enough money, and know they are not giving patients the level of care they sometimes need to get better. But, there is a culture in which the same staff appear to shrug alot of it off, or get so worn down with it that they don’t have the energy to fight it any longer. I often hear statements like, ”It’s shit, but there’s nothing I can do about that.” This culture of complacency enables governments, commissioners and regulators to turn a blind eye and become comfortable with the fact that thousands of people die from their mental health illness when it could have been avoided.

My larger issue with the statements above is that a lot of them are either trivialising the condition or are simply false. Telling someone their mental health illness is temporary, that it will pass, or that things will get better, takes away from the severity of their situation. It trivialises the situation they are currently in. It’s an avoidance technique so we don’t have to think about how much people are suffering right now, in the moment. Also, for some people, it won’t be temporary or pass. Some people suffer with their mental illness for the entirety of their life. Statements that imply help is always available are just wrong. Help is not always available. Help is sometimes available, if you are very lucky and fit into the right box. If you don’t fit in the right box, the chances are you will be sent home without any effect treatment and left to die. That sounds extreme to most people, but is the current situation in the UK. Statements that tell someone they are stronger than they think, or that they are loved and not alone etc, on the whole are really sweet things to say to someone. But they are presented as a statement of fact, when in reality, they are often a strangers hopes. Some people do not have anyone in their life that truly loves them. Some people live a life of solitude, where the only people that speak to them are those paid to do so (colleagues, medical professionals, social workers etc). I often think of those statements as the equivalent of putting your fingers in your ears and shouting, “La la la, I’m not listening to you! I know your situation better than you do. You know nothing. You’re too stupid to know your own situation!” and obviously, that’s the wrong message to give when trying to help people.

But the statements above seep in to our collective subconscious. The government, local authorities, local healthcare commissioners, regulatory bodies, and NHS trusts that are delivering the services are not faceless, ‘over there’, bodies that we often think of them as. They are made up of real, normal people like you and I. They are people who go to work in the morning, come home of an evening, make dinner for the kids, put a load of washing in, sit down to watch Bake Off and scroll through twitter or play a game on their phones etc. They see these messages, and become sucked into the culture of complacency. They see people giving the message that if someone is not ok then that’s just ok. They also believe that when someone says they are alone and can’t manage that they are just thinking that because of their illness and that they will be loved and have someone, they just can’t see it. They believe that help is always available, and don’t make the changes that are necessary. We have to stop using those statements and instead, listen to those crying out for help. We don’t need buzz words and hashtag statements. (Says him with his ‘culture of complacency’ buzz phrase. Shush ya face, it’s fine!) We need to give people the platform to be able to safely speak candidly about their experiences. We have to listen to those that have been begging for help, and didn’t get it. I believe that when those in the positions of power, those that can make a difference, can see the real, everyday challenges mentally ill people face through no fault of their own, they will be in a better position to do the right thing.

And so I wrote a story I did. It’s called Creases. Although it is technically a work of fiction, everything that happens in it, and every conversation the MC has with someone, is taken directly from my real life experiences. I don’t know if it is any good or not, I hope it is, but I believe that’s for other people to judge. It has got four 5 star reviews on the goodreads and an average of 4.5 stars! That’s right, I am in the big leagues now. I jk. I’m just glad people have been able to take something from it. 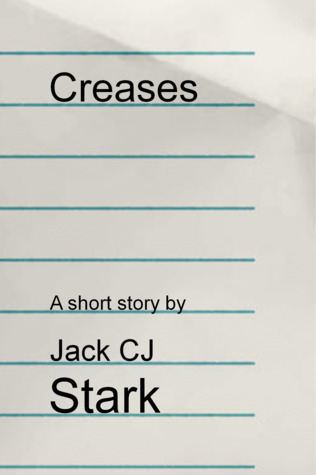 When a piece of paper is folded, it results in a crease being left behind. This crease remains as a sign of the trauma it once received. Sometimes, people can have creases.

For me, my depression is much more than feeling lethargic, sad or lonely. It’s the daily battle with with my voice of hate. But where can I turn to when I have no friends or family left, and that battle starts to become a little too difficult?

This is not a nice story. This is not a story about happily ever after. This is a story that unapologetically doesn’t hold back. This, is my story.

That’s right – as the popular gold medalist professional wrestler, Kurt Angle, would say in the early 2000s, it’s true, it’s true! You can read it too. It’s free. Completely free. It costs you nothing! It’s available at smashwords. You don’t even need an account or anything. How fantastic is that?! Here’s the links:

Book Links – Goodreads | Smashwords
It’s also available on iBooks, Kobo and the such. But not the Amazon.

Yeah I know, it’s weird, right?! So I’ll stop now. Anyway, I’m off to do some yoga (eat a bunch of chocolate)! Until next time, Peace and Love!