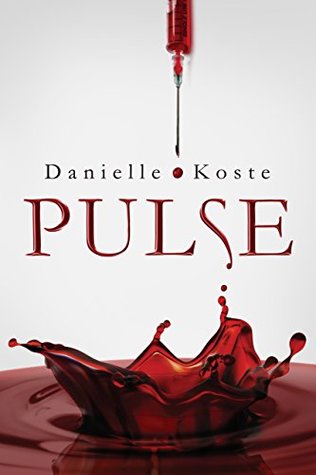 Synopsis
When she’s presented with the chance to work on a top secret project fronted by her idol, renowned virologist Dr. Margot Miller, Rowan signs her life away without second thought. The realization she’s gotten in over her head comes only after the subject of their study is revealed: a boy with a bad attitude and an uninhibited taste for human blood.

He’s a medical anomaly. Having the ability to crush metal with his bare hands and hear a heartbeat from across the room, it would make Rowan’s career if she was the one to discover what made him so unusual.

Easier said than done, with a subject who prefers snapping necks over answering questions.

Likes
– The setting. The first two thirds of this is primarily set in an underground laboratory, and that leads to an intimate environment that fits the story well.
– The protag, Rowan. She is smart, determined and committed, but she has flaws. Her flaws irritated me, but in a good way as this ultimately added to her realism.
– The Subject. Yeah, I bloody loved this character I did. (Well, for the most – see below). He is unpredictable and terrifying!
– The supporting characters. They are all great. Even those with minor roles felt individual and relatable on some level. Cameron is delightful – the perfect sidekick.
– The pacing of the story. Excellent. This isn’t a particularly long novel, coming in at about 300 pages, but a LOT happens in it. There are rarely moments of ‘down time’ per se, but the story doesn’t feel rushed or too intense at any point. Everything that happens, happens for a reason and progresses the story forward.
– That cover tho. Need I say any more?! Like, look at it! Perfection.
– This is a fantasy sci fi story that never really strays too far out of the realms of possibility. And therefore, it reads more like a science fiction novel than a paranormal fantasy. I like grounded fantasy and think it’s a difficult one to get right. Koste gets it right.

Dislikes
– The descriptive writing got a little repetitive at times. I lost count of how many ‘turn up at the corner of his lips’ there are and the same with ‘It happened a little too quickly’.
– At times I felt character traits/quirks were explained a little too much. I think if you write a strong enough character (and these characters are strong), you can introduce a personality trait or physical movement, then reinforce it once more later on, and from then on the reader will put these in automatically. This can stop the descriptive writing from feeling stale or repetitive.
– This is littered with grammatical errors. If you’ve read my other reviews, you may know that this really irritates me. I’m really desperately trying to get over this gripe of mine in self-published books. I know that self published authors may not have access to, or be able to fund, a significant editing mill in the same way that traditionally published authors do. And so I am trying to keep that in mind and overlook this. BUT, there is still that large part of me that feels if you put your work out there and charge people for it, then it should be completed to a high standard and highly polished grammar is a reasonable request as a reader.
– Nobody ever uses the word ‘vampire’. Now, I’m being a tad tongue in cheek with this, but I really feel like someone would have used this word at some point. If not one of the many super smart scientists working on the project, then Cameron deffo would have. As soon as Rowan explains what is happening, he would have said, ‘So, he’s like a vampire?!’ and make some snarky remark about whether his skin sparkles in the sun or if he is allergic to garlic. He would have called it for what it was.
– The last 15-20%. I’ve had a few days after finishing this story to think about the ending and I’ve decided I don’t particularly like it. I was thoroughly enjoying this story right up to about 80% of the way through, and then I started to struggle with a number of things. Not so much that it ruined the whole story (far from it) but to the point that I wasn’t as invested and at time noticed I had started to skip over sentences. I want to discuss why this is, but spoilers. So, as usual, here is a spoiler section. Read on, or skip ahead, whatevs, don’t let me tell you what to do. I ain’t your dad. It’s your life, unapologetically you do you.

After Rowan helps The Subject escape the facility, there is a noticeable difference in the tone of the story, and it just jarred me a little too much. There is then the sex scene, and even though this is not graphic in any way, I found myself feeling disappointed that it happened. I thought we were going to get through the story without it and I would have enjoyed it much more that way.

I felt there were some inconsistencies in Rowan’s and The Subject’s personality after the escape. Rowan, who has spent the whole novel as a thoughtful, intelligent and pragmatic individual just does a number of really dumb things. This just didn’t feel true to who she had been for the rest of the time. For instance, she has just spent weeks of intense study on this project, trying to understand how dangerous The Subject is and with the full knowledge that he has a virus that mutated from HIV, and then she has sex with him. I dunno, maybe that is how those sexual urges take over people, it’s not my field of expertise. 😉

And finally, I thought there was a little too much of the story trying to be subtle about plot points that lead to a revelation. But the problem is, there was no mystery there. Nothing was subtle. These were all things that us readers will have been able to piece together. Therefore, when a situation is revealed it just made the characters look stupid for taking that long to figure it out. For instance, Rowan has sex with The Subject. Immediately, I now know that Rowan is infected and will start to become a vampire almost immediately. Not only do I know this, but I expect it. Rowan didn’t though. It took Rowan and The Subject way too long to figure out this was happening.

Overall Thoughts
So after all of that, you may think that I didn’t like this. But that is not the case. I enjoyed it, I really enjoyed it. Vampire stories are not something I would normally gravitate towards. I think I have read only a handful of vampire books (my favourite being Let the Right One In), so I went in a little trepidious (that’s a word now, go forth and use it) but I really didn’t need to. I think it was because of how much I was loving the story that those little niggling things towards the end irked me in the way they did. I have to remind myself that those dislikes are, in the grander picture, minor things. They didn’t take away too much from the fact that I had a blast reading this. There are several twists and unexpected turns that kept me hooked.

I touched on it above but The Subject is such a good character. I was immediately as fascinated with him as Rowan was. The way he plays with the scientists (and by proxy with the reader) was so frustrating in parts, yet so much fun. I felt myself becoming more and more sympathetic to him and feeling genuine sorrow and wanting to help him. I wanted to go and give him a hug, but then reminded myself that he would eat my fucking face in an instant. I really want to know more about him, and his back story. His origins are touched on, but there is clearly so much more in his lore that isn’t discussed or revealed to us. Are there more subjects out there? Does he know of any? Is he in a WhatsApp group chat named Don’t call us Vamps?

The tension and drama in this doesn’t just rely on action scenes. There are plenty of them, but the biggest tension comes from the moral choices the characters are forced to make. The cognitive dissonance they battle with. Koste does a great job of sharing that struggle out to the reader. I also didn’t know what to do for the best at times. I was struggling with my desire to have everyone treated fairly and be given freedom, but also recognising that people need protection from some others. Even the antagonist of the story is somewhat justified in their behaviour and motives. Everyone is a grey character. Except Cameron, he’s a sweetheart to the core.

If you like dark, gritty stories with a good blend between science fiction and fantasy that challenges the reader to question their own morals whilst going on a wild and action packed journey and screaming “fuck yes!” and “oh my fucking god. NO!” then I would suggest you give this a go.

Anyway, I’m off to donate blood. Until next time, Peace and Love.