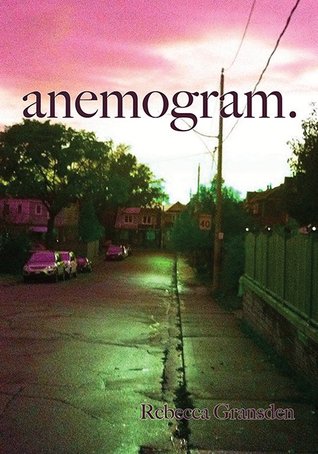 Synopsis
A young girl emerges out of the woods. David is in the middle of wrestling with an unsatisfactory existence when she enters his life. He decides to look out for the girl, but he soon discovers she may not be all she seems.

Together they decide to seek out a place of safety, away from a world that could misunderstand their relationship. As their troubles come to the surface, events take a turn that will have life-changing consequences for the both of them.

Hang on a second whilst I pick up the pieces of my mind off the floor. Let’s get this out of the way – I fell in love with this story. OMG THIS BOOK! This story brought me so much joy I. can’t. even. But I’ll try. I’ve had this book on my tbr for a while, and I’m a tad annoyed that I waited so long to read it. For me, there are 2 types of 5 star reads. There are those stories that are technically good, have a strong story, have great writing and are actively pleasurable to read. Then, occasionally, a different kind of 5 star read pops up. One that has everything mentioned above, but goes further by reaching into my soul and latching on. The kind of story that I think about a lot. The kind where I actively (and maybe somewhat counterintuitively) slow down reading and appreciate the enjoyment I am having from being there with the characters. Some books that did this to me are Skellig by David Almond, Ocean by Neil Gaiman, and The Bear and The Nightingale by Katherine Arden. Yeah, that’s great an’ all Stark, but why are you talking about those books? Well, because this is one of those stories. A strong 6 star contender. I have to enjoy a story just as much on a second readthrough for it to move up to the 6 star category. Anyway, enough jibber jabber from me, let’s talk about this book, anemogram.

‘Is your name really Sarah?’
‘Sometimes.’
He laughed. ‘That’s a good answer. You be just who you want to be.’

anemogram. is the story of Rachel/Sarah and David. Sarah (as I shall call her from now on) comes out of the woods. She’s a little girl, aged 6, or maybe 7… or maybe older *inquisitive eyes*. She’s been fending for herself, finding food where she can, berries and the such. She has an imaginary friend, Tinker, that tells her bedtime stories. One day, she meets David. David is trudging through life after his wife has left him, moving away with his 2 kids. Instead of calling the authorities to come and deal with Sarah, he decides to take her under his wing. To give her some protection. He takes a few days off work and decides to go on a road trip with Sarah. They both agree that when David needs to return to work, they will part ways. During their trip an incident takes place that takes them on an unexpected path.

Just, very quickly; This story could have easily gone down the route of being a guy grooming a young girl into being sexually exploited/abused. And at one point, I was worried that this is where we were going. But we don’t go there. I’m so happy Gransden didn’t take us there. David is not a sexual predator. He protects Sarah due to the pain he feels of missing his own children, because of his desire to be in that protective parent role again. He sees an opportunity to spend a few days in that comfort zone and he takes advantage of it. He actively makes sure he respects Sarah’s privacy and makes sure he doesn’t do anything that could even be considered crossing that sexual line. This kept the story fresh and innocent (?… maybe that’s the wrong word!) and it kept me engaged throughout. So, that wasn’t very quick, but it’s an important part of why I enjoyed this so much. Anyway,

I HAVE SO MANY QUESTIONS! I love stories that leave me with questions. I like having questions. I like it when an author intentionally leaves enough clues around for me to decide what the truth of the situation is. I’ve read some stories that try this and just fall flat. It takes skill to craft a story that says so much between the lines. Gransden executes this skill perfectly in this.

David searched for a thought in his whirring head. Instead, ignoring the road ahead, he looked at Sarah. She sat intently watching the passing greenery. He fought his higher mind which told him there was something wrong with the kid. In that moment she had made more sense than anyone he had ever known.

Who is Sarah? This is a question that I think most readers of this will/did have from the start and the question lingers through the whole read. David finds himself trying to answer this. I found myself constantly trying to piece together the clues to answer this question. Is Sarah a lost girl on the run and managing in any way she can? Is she an angel, coming to those that need her? Is she a guiding spirit? Is she just a girl and little more? Or, is she something else other worldly?

She seems to guide people to places and moments of needing help. Sometimes in a more subtle way than others. For instance, there is a scene where David offers help to someone with filling their car with fuel. Did Sarah guide him to this point, did she want David to help this woman? Or is it simply that David helped someone and I’m thinking too much about it? Argh, that’s what this story did to me! At about 60% of the way through I thought I had figured out who Sarah is. On reflection, I think it was at this point that I decided what Sarah is, and therefore that’s what she became – to me. Gransden doesn’t give any clear answers here. The more I thought about it, the more I realised that’s the point. The question is not, Who or what is Sarah?’ The question is, Who or what is Sarah to me? This is not necessarily the story of discovering who she is, this is the story of the impact she has on David and you as the reader.

Who is Tinker? Tinker tells Sarah a few fairy tales. They are marvellous. Full of ‘WHAT THE FUCK?’ moments in the way any good fairy tale has. We are left with the question of whether Tinker really exists. Is he an imaginary friend Sarah created to help her get through those lonely moments at night, or is he real and choses to only show up when he is alone with Sarah? Tinker has a number of conversations with Sarah that made me feel there is more to this story than meets the eye. Again, Gransden gives us no concrete answers here.

Some other minor questions I have – Does A Woman Unbound by Owen Granger exist? I can’t find it anywhere. What is so special about Sarah’s dress? Why does she care for it so much? Did she get the dress in the same way she got the comb? What’s the deal with the dead frog scene? Who were John Waybridge and Ian Rider? What is this ‘FIGURE THINGS OUT’ that Tinker talks about several times?! I NEED to know. There are some other questions I have, but they contain minor spoilers and I want to try and stay away from spoilers where possible.

This has some of the strongest descriptive writing I’ve ever read. Really, it was so easy for me to fall into the world and understand where we were at any point. I could easily visualise the setting and environment based on Gransden’s descriptions.

Even though the characters are intriguing with many questions around who or what they are, they also felt very real and relatable. David is a guy struggling with the need to be needed. Something I think we can all relate to on some level. Sarah has a few little quirks that made her adorable. She’s wise far beyond her years (part of the reason why I am sceptical about her age). She has a bit of quirk where she straightens her dress a lot. Little observations like this made her feel real.

I could not predict this plot. It’s not your typical three act set up – execution – climax story, but at no point does it feel chaotic or lost. We are taken on a journey with these two. A journey that involves some mundane aspects of life, like getting food (OMG there is so much eating in this), and watching TV, and taking naps. But because I was so invested into David and Sarah I was happy to go along with the journey. I wasn’t trying to predict how they were going to get to the end crescendo and this kept the story fresh for me. It kept me on my toes. It meant I could enjoy being in the moment rather than constantly looking ahead. I felt like anything could happen at any point. And OH BOY, THINGS HAPPEN! I wish I could just spoil the story (I won’t) because I just want to fanboy and scream about certain scenes. I wish I had buddy read this with someone because there is so much to discuss. I would probably be prepared to read this again (almost immediately) if someone wanted to do a buddy read.

Life and Death seem to come up a lot in a not so obvious way through this. I felt like Sarah was exploring life, how people live with one another but also death and what it means to die, and the impact one’s death may have on the world around them. This ties in to my theory about Sarah.

Yeah, that’s right, even with everything that I said earlier, I do have a theory about who/what Sarah is. I want people to read this book so I can discuss these theories with them. I am not sure if I want Gransden to give clear answers – the enjoyment is very much on not having answers. BUT, I am very interested to know whether Gransden knows who/what Sarah is. I don’t want to know what that is, I just want to know whether she knows it or not. Does that make sense? I hope it does.

I get the feeling there are probably many little bits of significant metaphors throughout that I missed. When I do my inevitable reread I will be interested to see if I pick up on different things a second time around. This is a cerebral story in the greatest possible way. I tweeted that I found myself stopping after each chapter to have a moment of thought. Not in a ‘what is happening’ kind of way, but in a moment of pensive reflection. This story challenged me intellectually. There is an exploration of childhood innocence but with an uncomfortable underlying feeling of something not quite being right.

Anyway, I’m off to dig a hole and lay in it, and wait for the stars to appear. Until next time, Peace and Love!

ALL OF THE LINKS
Goodreads | Kindle highlights | Amazon UK | Amazon US