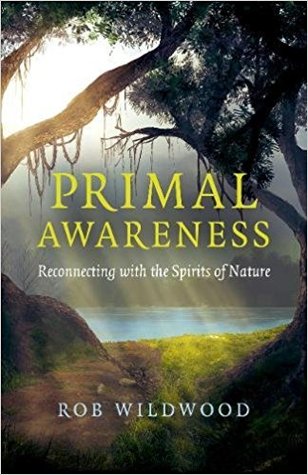 Synopsis
Focusing on the origins of Western culture and belief systems, from ancient agriculture to modern industry, from primitive religion to monotheism, Primal Awareness explains how we became separated from nature and how, throughout history, these belief systems and social models have imposed a life of servitude and hardship upon millions of people. It also illustrates how modern technology and the modern scientific world view are currently causing the destruction of our natural environment. How can we overcome this separation, and reconnect with nature and spirit once again?

I kinda knew I might have issues with this. I had issues with this. I only have myself to blame for going there. I should probably start off by stating that I identify as a pagan. But, I never really feel comfortable assigning myself to an organised branch of any religion. What works for me, is spending time in nature, respecting the nature spirits, meditation and a strong belief that we should find a way to live in harmony with other people, animals and life. My beliefs have been influenced over the years by Buddhism, Hinduism, Taoism, Shamanism as well as what we know about ancient greek, norse and celtic religions (basically, most religions except the Abrahamic ones – that’s a different discussion for a different place). I’m a firm believer in that if something works for you, take it, and use it to develop your personal ethos and goals.

That’s a bit rambly, but I think it helps explain why it is that I seek out books that explore religions and particularly those concerning paganism. The good books help me try out new things, and the bad books help me stay clear of behaviour/thoughts that are not helpful. This, was a bad book. Let’s break it down.

I could do this all day every day. OKAY! I’ll stop.

ABOUT
The synopsis is pretty clear in what this book is about. We are given an extensive lecture about the history of the world and all the good that existed until we started to speak, and everything goes tits up! Or so it did according to the author, Rob. Spliced somewhat awkwardly into the ranting are the odd bits of advice on what you could do to help develop your spiritual skills.

LIKES
– The advice given on how to reconnect with the spirits of nature are quite good. I already practice a number of these but they are very informative and descriptive.

That’s it. Now, onto the things I disliked. The dislike list is a little bit longer.

DISLIKES
– Almost everything! This book is 136 pages of a man being bitter and angry, whilst judging anyone that doesn’t share his beliefs as being inferior to him.
– This starts off by blaming screens and prepackaged food as the reason we have become unconnected with nature. I just don’t agree with this. I think we can have those things and still be connected to the nature spirits.
– Rob is rather enormously condescending with his sharing of his wisdom. It comes across as though he believes he is a greater being with wisdom and knowledge that is lost to us modern day monsters. And if we just opened our eyes a little, we could become enlightened and ultimately be a better person. Nah mate, jog on.
–

“words were the first separation and are bad things.”

Said a man… by writing words… in a book! Am I the only one that sees the irony in this?
– Rob is highly misinformed about history in general. Throughout the whole book, he talks about how events in history that have led to us being the unenlightened folk that we are. Problem is, he gets several things wrong. Or worse, he takes a stance on disputed incidents and reports his beliefs as though they are fact. He does not remain objective in the slightest.
– Rob shows himself as being ignorant in most of the sciences he talks about. Especially when it comes to the scientific method. I get it, he is angry with science. But wow. Some of the things he states are just plain wrong.

That which cannot be proved is no longer treated as mysterious and unknowable; it is simply treated as untrue!

No, Rob. Just, no. That is simply not the case. That statement is simply untrue. I wonder if Rob has ever had a conversation with an actual scientist? You know, the kind that is actually doing actual real scientific research and studies.

SUMMARY
In my teenage years I spent most of my days (and nights) hanging out in a house with a bunch of modern day stoner hippies. And that’s as much info as I’m prepared to give on that. ¬.¬ I met a lot of really interesting people during this time. We would regularly prepare a feast, sit around for hours listening to great music and playing terrible slightly less great music whilst discussing life, philosophy, books, culture, and pretty much anything else that came to mind. Occasionally I would meet someone that would confuse being thoughtful as being intelligent (occasionally, I still do). They would think that because they think about a lot of things then they must be far more intelligent than anyone else. But ultimately they would just chat a lot of shit.

I remember those days so well because this book took me back to that time. Imagine the scene, there I was, sitting on the train, reading to avoid looking at anyone, and then harp music plays and the screen goes wavy and suddenly there I am – 140lbs lighter with long half bleached blonde and and half dyed black hair wearing a nirvana t-shirt, ripped jeans and doc boots playing the opening 12 bars to sweet child o’ mine way too fast over and over and over and over and over and over and over again on a cheap fender knock off. That’s right, I was a real cool kid. This book felt like one of those lectures from an ill-informed stoned hippy I used to have to listen to – internally screaming Oh my fucking god, no, please stop. If he mentions that what the Nazis did ‘wasn’t too bad if you think about it’ then I am smashing this guitar over his head. It felt like more of a criticism on the structure of our capitalist society than how we could learn to be more in tune with our spiritual side.

As I said, there are some good tips, but they are few in number. Ironically, I just couldn’t connect with this on a spiritual level. It is too full of hatred and bitter spite for my liking. If you are interested in paganism and practising pagan rituals, there are much better books out there. I would recommend avoiding this one.

Until next time, Peace and Love.

I received a free copy of this from Netgalley. My thanks to the publisher for the opportunity to read and review this. This is my honest review.