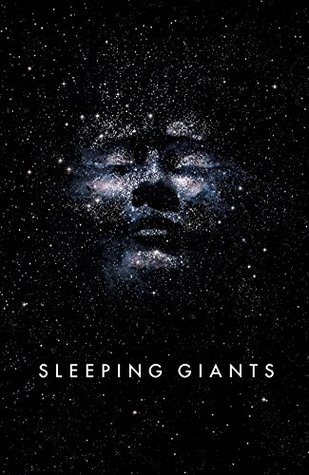 Synopsis
A GIRL NAMED ROSE IS RIDING HER NEW BIKE NEAR HER HOME IN DEADWOOD, South Dakota, when she falls through the earth. She wakes up at the bottom of a square-shaped hole, its walls glowing with intricate carvings. But the firemen who come to save her peer down upon something even stranger: a little girl in the palm of a giant metal hand.

But some can never stop searching for answers.

Rose Franklin is now a highly trained physicist leading a top-secret team to crack the hand’s code. And along with her colleagues, she is being interviewed by a nameless interrogator whose power and purview are as enigmatic as the relic they seek. What’s clear is that Rose and her compatriots are on the edge of unravelling history’s most perplexing discovery-and finally figuring out what it portends for humanity. But once the pieces of the puzzle are in place, will the result be an instrument of lasting peace or a weapon of mass destruction?

What happens when a 6000 year old giant robot hand is discovered buried in South Dakota? Would the military step in and the government take over? Apparently not. Well, not entirely. Or maybe they did. I was a tad confused tbh. Either way, over time other pieces of robot anatomy are discovered scattered across the globe (with the majority in the USA, of course). When these pieces are assembled, they form the Megazord!

Well, actually all the pieces just form a 20 storey high giant futuristic robot that wields a lightsaber and teleports. Inside it contains rooms and a control deck, wait this is a ride along machine?! The pilots wear cool Daft Punk helmets and strap themselves in to the control mechanisms. As you can sense, I am really mechanically and engineeringly minded. The robot also, just for lols, has knees that bend backwards. Like the aliens in that oh so excellent 1990s movie The Arrival.

Fun, right?! We follow the story of how this discovery is pieced together, the training the pilots go through and listen in on discussions about how this weapon could be used by a superpower for world domination.

—It does not matter. You train your soldiers to kill using video games. They blow enough people up on their computer and it becomes easier for them to kill with a real weapon. Why do you think your government funds so many war and terrorism movies? Hollywood does your dirty work for you. Had 9/11 happened twenty years earlier, the country would have been in chaos, but people have seen enough bad things on their television screen to prepare them for just about anything. We do not really need to talk about government conspiracies.

OK, so, I’m incredibly torn with my thoughts on this! I know, it’s really helpful when trying to review the story. There was so much that I really liked about it, but there was a lot I didn’t like. Let’s start with the rainbows, bunnies and butterflies, aka the things I liked.

This novel set out to be a good science fiction story in a similar style to some of the 60s/70s/80s greats. It accomplishes this with ease. The concept of the story is wonderful. Who doesn’t want to think about giant death robots! The MC (if you can call him that) is a mysterious guy (we never learn his name) that pulls a lot of strings with a lot of influential people/nations. He does so to ensure the success of the mission – to get the robot operational. I’ve seen him referred to as the ‘villain’ of the story, but I didn’t really think of him as such. He stays cold and detached from the other characters throughout, and he is laser focussed on his goal and self preservation. Does that really make him a villain?

The mystery around who created the robot, what it’s purpose is and how it has only just come to be discovered was great. It was aliens, btw. I don’t think I’m spoiling anything with that. It is alluded to very early on in the story and with the cover design etc. This was the main hook that kept me invested in the story. I also really liked the concept of why it is that we are discovering the robot now (eg how we measure our intellectual evolution). It was really well thought out.

Now, let’s stamp all over those bunnies, pull the wings off the butterflies and discuss some of the things I liked a little less.

The other characters – well, you see the problem is we only get to see them through transcripts of interviews conducted by the MC (mostly). It is an interesting style, but it left me a little cold on the other characters. I didn’t really feel like they were developed enough for me to care. I mean, am I supposed to care for them because they are people that have sex? Because, I didn’t.

The plot – let’s face it. Not much actually happens in this. It felt like 300 pages of setup for Waking Gods (book 2). I was constantly waiting for a big payoff with the giant death megatron and it never happened. Actually, we only really see activity with the robot twice and both times my whelmed was under. I mean, you have a giant indestructible lightsaber wielding death robot and bad guy North Koreans (of course) and you didn’t just go and fuck things up?! As if!

Also, in this story, a female is elected to President of the United States…

Megalomaniacs with delusions of grandeur are notoriously difficult to handle, but how generations of them can follow one another is beyond me.

Speaking of morons, the story falls into the trap of over explaining certain aspects. To be fair, this is a difficult thing to find the balance with. But at times I felt like I was being lectured on rather basic concepts (such as a base 8 counting system). Sure, give a little explanation for those that may not know what it is, but you don’t have to explain to me how we use a base 10 system and what that is. I’m a big grown real boy, I know how to count.

It did have an X-Files esque feel to it though. And who wouldn’t love that? It follows a clear ’set up story, introduce characters (sort of), develop plot line, twist, big action packed finale’ model and I liked that. Do I want to read the next novel? Yes. I very much do. Which is why I am a little torn on how to rate this.

Anyway, I’m off to… erm… well, I’m not sure to be honest. Build a giant death robot? Nah that wouldn’t work. Attempt to bend my knees backwards? Sounds painful. Erm… learn to count using a base 8 system? Hmmm, effort. Eat cinnamon buns? ALL OF THE YES. Peace and Love!

Come and see what I am reading next, and all that jazz on Goodreads